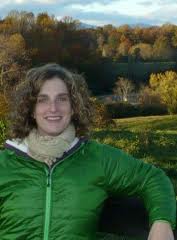 Harrumph. Mondays. What’s to look forward to? Hey, how about a new series dedicated to brief conversations with writers of all genres, at all stages of their careers? Yes! How cool would that be? Very cool.

So welcome to THE WRITER’S HANDFUL. In this new series, a writer will answer five questions anyway they want to. The questions will stay the same each time. The writers will be different. And I will post the interviews on Mondays.

Mondays + Writers = finally something to look forward to.

Our inaugural interview is with Katey Schultz, whose brand spanking new book, Flashes of War, was just released this past weekend.

Today is Sunday, April 28th and I wrote a set of custom emails to all the friends in my contacts list,

announcing the launch of my first book, Flashes of War. I didn’t do creative writing, but writing those messages felt significant for me, as I’ve been waiting to send that message for what feels like my entire life!

Incidentally, I finished the first draft of my novel in March and forced myself to put it into a drawer for 10 weeks. It was one of the hardest things I’ve done–it’s totally against my nature. But I’ve never attempted a novel before, and many writers that I know and respect (like you, Patty Ann!) have offered sage advice about allowing yourself to have distance from the work.

I remember writing a play when I was about 9 or 10 years old in Montessori school–something that involved a hound dog named Charley, I believe. More than the actual writing of it, however, I remember getting to organize my friends on stage and cast them in different roles. I think we rehearsed a few times at recess and then someone had a falling out, and the whole thing was a bust. But I remember the energy of it, and how exciting it felt to try bringing something to life.

Right now I’m reading In My Father’s Country, a memoir by Saima Wahab. In order to write my novel (the one that’s currently in a drawer), I need to research the female, Afghan, Pashtun experience. This author grew up in Afghanistan but was educated largely in the United States and has since worked as a translator and researcher in Afghanistan during our current war.

Some of the most important writerly advice I’ve received came from one of my mentors, author Claire Davis (Season of the Snake, Winter Range, Labors of the Heart). She told me to write with precision and abandon. I love the push/pull in that advice and I think it perfectly captures what I try to do on the page…to be intuitive and authentic while also being spot-on.

Oh my, what a strange question! If the writing in Flashes of War were an animal, it would at times be an alligator (because it demands your attention) and other times it would be a mouse nosing through your pantry at night (because it finds a way in).

Katey Schultz grew up in Portland, Oregon, and has lived in Western North Carolina for the past 11 years. She is a graduate of the Pacific University MFA in Writing Program and recipient of the Linda Flowers Literary Award from the North Carolina Humanities Council. Her fiction has also received recognition from River Styx, Press 53, Whispering Prairie Press, and the International Short-Short Story Prize. Schultz has received writing fellowships in 8 different states, including honored residencies through the Jentel Foundation, Interlochen Center for the Arts, Virginia Center for the Creative Arts, and The Island Institute of Alaska. In 2013, Loyola University Maryland published Schultz’s first collection of short stories, Flashes of War, which features characters in and around the wars in Iraq and Afghanistan and has been well-received by veterans, civilians, authors, and foreign war correspondents alike.

→Thanks to Katey Schultz for this conversation; and thanks to you, as always, for reading! -PMc← 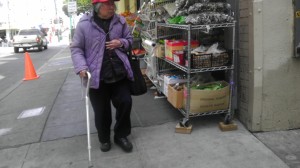 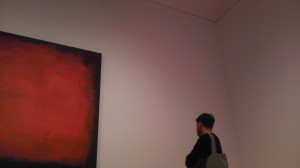