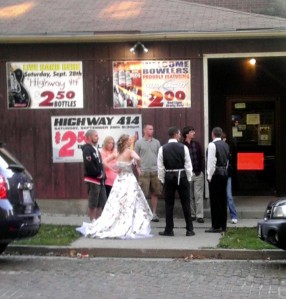 Writers + Mondays = Finally something to look forward to.

Happy, happy, happy to feature Chris L. Terry on The Writer’s Handful today. Chris’s debut novel, Zero Fade, was just released from Curbside Splendor and already it is garnering quite a bit of buzz and fine reviews. Kirkus gave the book a starred review, calling it, “Original, hilarious, thought-provoking and wicked smart: not to be missed. Jake Austen of the Chicago Tribune says the book is “funny, funky and pitch perfect.” And Emily Roth of Chicago Literati writes: “As a whole, Zero Fade succeeds, entertains, and sets the bar (and my excitement) high for Chris L. Terry’s future novels.”

Not bad stuff for a new guy, huh? But don’t just believe what others tell you. For a taste of this delicious stuff, check out the trailer.

Then read an excerpt on VOL.1 BROOKLYN.

And then go to your favorite bookstore and get a copy – or order it here.

No, because my 34-year-old ass decided to stay out until 1am on a Sunday night, seeing a terrific punk band called the Future Virgins. I usually write in the morning before work, but that did not happen today. I got some stuff done yesterday, though. I’m collaborating on a story with Zero Fade cover artist Ezra Claytan Daniels and we worked on that at Metropolis.

In third grade, we had to write a story. Mine was about a caveman couple named Sonny and Cher. I made a layered cover where the top sheet had a hole torn in it to look like a cave opening. It was the first time I cared about an assignment at school.

The Perks of Being a Wallflower. Just finished the issue of Truckface zine about the CPS teacher strike.

I like in On Writing when Stephen King says to write every day. I’m a firm believer in keeping the machine greased.

Also, my dad used to say, “Don’t shave naked, you might drop the razor.”

My writing would be a raccoon because it’s out there at dawn, going through all sorts of shit.

Fun Facts about Chris L. Terry (from his website ChrisLTerry.com:

And Chris got his MFA from the Fiction Writing Department at Columbia College Chicago.

→Follow Zero Fade and Chris on Facebook: https://www.facebook.com/ZeroFadeNovel. And see Chris’s work space on View From the Keyboard. Thanks again, Chris, for taking the time to chat. And thanks to everyone for reading! -PMc← 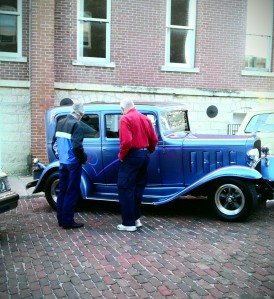