This week marks the launch of Chicago writer Ben Tanzer’s 1,000th book. Okay, not really 1,000th, but this guy is giving Joyce Carol Oates a run for the money in words written and books published. Tanzer fans have waited patiently for Orphans, and now the wait is over. Ben Tanzer and a handful (see what I did there, Ben?) of his writer pals (me included) will celebrate the release of this new Tanzer title this coming Wednesday, November 6, 2013, 7 PM at Chicago’s Beauty Bar. But before that exciting event, you get this.

I did not. For a handful of reasons. See what I did there? Sorry. Mainly though I have been on a stretch starting some time in 2012 through this past summer, where I’ve felt incredibly manic, mostly in positive ways, but everything has seemed like an idea for a story or essay, a new book. Every conversation, every interaction with my kids, wife, at work. Every article I’ve been reading. Every fucking thought I’ve been having. And it started to scare me, so I decided that when I finished the things I was working on, I was going to take a break and try to chill out, which I have, and though I’m still thinking about writing all-day, every day, it’s been surprisingly pleasant. Was that too much information? 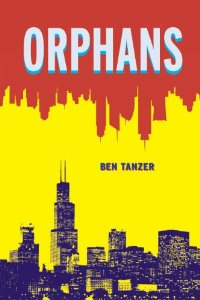 I never really wrote until I started writing at 30, though I thought about it for years before that. But I did write a story for a required creative writing class my senior year in high school inspired by the song Downbound Train by Bruce Springsteen. Guy loses his job, and his girl, and in my story he kills himself, puts a shotgun in his mouth, but he doesn’t die, it just relieves all of the pressure he’s under. Which seems somewhat telling given the answer to my previous question. Not to mention, that if a student turned in that kind of story today they would be referred for therapy. But I was kind of celebrated for it, which felt good, though it didn’t feel better than the act of writing it, which felt really good, and that feeling lingered for years, and still does now that I actually write, and don’t just think about it.

So many cool things, mostly some wonderful ARCs for books at Curbside Splendor where I oversee Publicity and Content Strategy, including The Old Neighborhood by Bill Hillman, If I Would Leave by Lauren Becker, and Once I Was Cool Megan Stielstra, but also, the already released elsewhere and quite terrific Transubtantiate by Richard Thomas and Understories by Tim Horvath. A lot of goodness really.

Moisturize. That or hydrate. Really though it’s a tie, and it’s writerly. One, don’t edit first drafts until you’re done with the first draft, and two, don’t linger on rejections, send the work right back out to someone else who will love it like you do.

I Googled the words “animal sparse quick punchy,” thinking that might help me determine said animal, and I came up with the novel We the Animals by Justin Torres, which apparently takes place in upstate New York where I grew up. So color me intrigued as far as that goes. Not that this answers your question. I am not really into animals, but thinking quick and punchy, if not sparse, how about a hyena, they seem to make quick work of things, and they’re sort of rough, yet still funny and seem to enjoy themselves. Plus, they play a key supporting role in The Lion King, which I name-drop in Orphans, so now I’m marketing, and cross-pollinating, and there we go. Thank you.

Ben Tanzer’s official bio says this: Ben Tanzer is a prolific novelist and an Emmy Award-winning public service announcement writer. He lives in Chicago where he lives with his family. Visit him at bentanzer.blogspot.com

And, in case you are wondering: In Ben Tanzer’s futurist science fiction novel Orphans (niupress.niu.edu/niupress/scripts/Book/bookResults.asp?ID=692) the metropolis of Chicago has morphed into a place called Baidu, a burned-out shell of its former self. Homeless people have been banned from the central city and have set up makeshift camps along the lakefront. Drone helicopters constantly patrol city streets from above, and hapless people who congregate run the risk of being summarily executed. The recession has devastated the landscape and all menial jobs have been taken over by life-like robots. The lucky few who can find work are scanned, profiled, and even cloned by “the corporation,” a secretive and ominous organization reminiscent of Orwell’s Big Brother.

It is a story about the impact of work on family. How work warps our best intentions. And how everything we think we know about ourselves looks different during a recession. It is also a story about drugs, surfing, punk music, lost youth, parenting, sex, pop culture as vernacular, and a conscious intersection of Death of a Salesmanor Glengarry Glen Ross with the Martian Chronicles and the Silver Surfer. Ultimately, Orphans is a literary survey of the 21st century male psyche, yet it does so with a newfound twist and contemporary themes. This is a world where the recession is all we know, work is only available to a select group, and this group not only need fear being replaced on the job, but in their homes and beds.

→Thanks so much, Ben, for the chat. See you Wednesday! And thanks everyone–as always–for reading. -PMc← 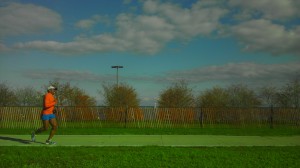 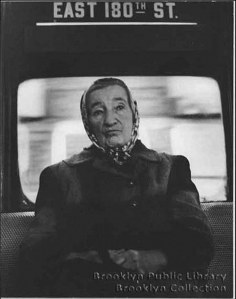