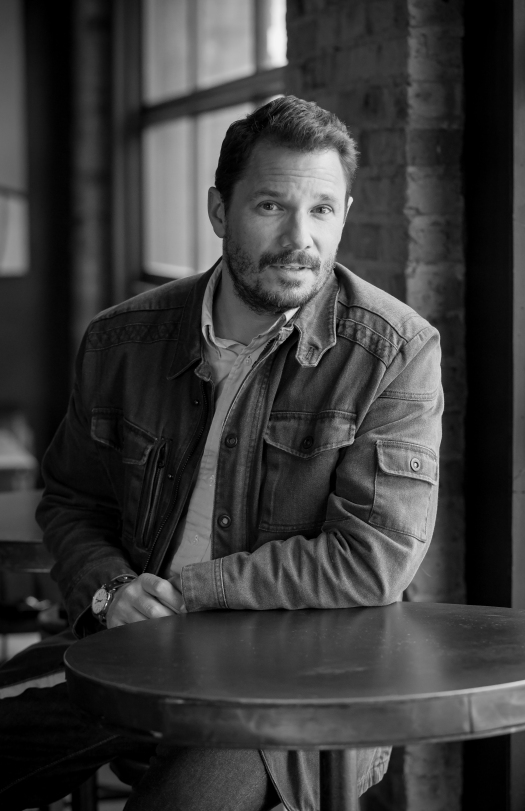 A couple of months ago, I met Giano Cromley at Hyde Park’s famous Jimmy’s Woodlawn Tap. He was there for a reading, a double book launch party for him (What We Build Upon the Ruins) and Joseph G. Peterson (Gunmetal Blue.) I didn’t know him or his writing before that day, and man, I gotta tell you, I am so glad that has changed. His work is haunting and smart; he creates the sort of characters you wonder over and worry about once the story has ended. What We Build Upon the Ruins is one of those collections that make a reader excited about short stories and their future. 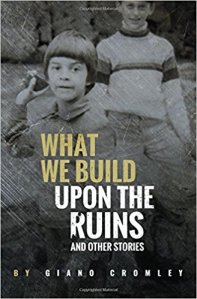 And recently, Giano took a few minutes out of his busy book promotion to chat a bit. Here’s his handful.

Not to get too cute here, but it depends on what you mean by the word “write.” I’ve always taken a fairly hard-line stance on it, in which case, I have not written today. Even though it’s Friday as I type this (and Fridays are typically my most productive writing days), vet visits and dishwasher repair appointments have conspired to put the kibosh on any notion of fruitful writing.

If, however, you subscribe to a more generous definition of the word “write” (a definition first proposed to me by the great writer Ben Tanzer) — a definition that holds that any writing whatsoever qualifies as “writing” — then, yes, I did write today. I am writing. Writing about writing, in fact. (Ouroboros reference fully embraced.)

All that being said, the only writing I find truly rewarding is the kind that involves a blank page and the utter mystery of what will go on it. I liken that feeling to driving down a dark highway at night with no headlights. You never know what’s going to pop into view. I recently had a book come out so it feels like it’s been ages since I’ve done that kind of blank-page writing. Part of me is nervous for the next time I sit down to do it. Will I still be able to pull it off? Have I lost that ability? Those are the kinds of questions that haunt my mind, but they always make it more exciting when I prove to myself I still can.

The first thing I remember writing was in school, probably second grade. Our teacher would give us these big wide sheets of paper with the top half blank and the bottom half lined. We were supposed to draw a picture on the top half and write the story that went along with the picture on the bottom half. This exercise was pretty much the best thing I could ever be assigned. Complete freedom. Zero parameters. As such, I tended to write about the things my 9-year-old self found awesome at the time — typically dinosaurs. A frequent plot would involve characters on an expedition who came across a group of somehow-not-extinct dinosaurs, which they would then keep as pets. To this day, I maintain those stories probably are some of the best things I’ve ever written.

Well… to be very honest, I’m currently reading Patricia Ann McNair’s collection of essays entitled And These Are the Good Times. Essay collections aren’t always the first thing I pick up when I’m looking for a new book. But I got the chance to hear McNair read this past fall and I so thoroughly enjoyed her reading that I had to get myself a copy. Then, a couple other books I had in line in front of it kind of fell flat, so hers quickly moved up the queue. And, boy, am I appreciative of that happenstance. I can hardly begin to explain how much I’ve enjoyed the collection so far. I think what I find so engrossing is the sense of place each piece inhabits. Whether it’s a steamy summer night on Foster Beach, an evening at the local bar with her father, or her collegiate office downtown, these essays feel so firmly rooted and confident of their locale that they give each piece an emotional heft that often leaves me squirming and gasping for breath. I’ve only got about 30 pages left and I already miss it. [PMc…awww…shucks. Thanks.]

So much good advice I’ve received. So much good advice I’ve ignored. Here’s something: It was my first job the summer after my senior year in high school. I was the delivery boy in a radiator repair shop. (The shop was owned by my friend’s father, which was the only reason I got the job, rather than any mechanical aptitude on my part.) The job was 70% driving around to various truck repair garages to pick up faulty radiators or deliver repaired ones. The other 30% of the job was basically hanging around the garage and doing whatever needed doing. Sometimes it was stripping radiators, other times it was cleaning out the chemical solvent vats, others it was running out to get doughnuts for the guys. One afternoon, it was a slow day at the shop, and I didn’t have much to do. Or, rather, I didn’t see much to do. My friend’s dad came wandering into the shop and saw me idly loafing. He looked at me and said, “Don’t just stand there. Do something.”

That line has always stuck with me. Every day we have a finite amount of time given to us to go out and accomplish whatever it is we hope to accomplish. Wasting time, doing nothing is one of the worst sins you can commit. Whenever I find myself putting off writing or generally procrastinating, I remember those words: Don’t just stand there. Do something.

If my writing were an animal, it would be an otter. Here’s why: They’re very approachable and friendly seeming. After all, these are the guys that swim on their back and carry their food on their bellies. “Hey,” you might say, “isn’t that otter so cute?!” But if you get a little closer and observe them for a while, you’ll also see that they’re pretty fierce little guys who don’t take much shit from anyone else in the animal kingdom. Those teeth are not joke. Otters are also pretty clever. They have to use rocks to open up their clams and mussels, or they don’t eat. I’d like to think my writing, on its better days, exhibits all those qualities.

Giano Cromley is the author of the novel The Last Good Halloween, which was a finalist for the High Plains Book Award. He is the chair of the Communications Department at Kennedy-King College, and he lives on the South Side of Chicago with his wife and two dogs.

2 Replies to “The Writer’s Handful with Giano Cromley”