Fifteen years ago yesterday, on August 9, 2002, my mother, Sylvia McNair, died in the very early hours of the morning. This photo is one that my dear friend the novelist Eric Charles May had enlarged and framed for me after that loss. We are in the Hilton Hotel, drinking with our buddies after a Columbia College Chicago Fiction Writing Department Story Week event. The picture must have been taken in 2000. She was not yet sick (or rather, that is what we believed at the time.)

Another time we are working on a travel piece together. It is about a trip we took on a river boat along the St. Lawrence River. “You write the opening. You are a better writer than I am.”

That last day before her last night, she had been in a sort of sleeping coma for part of a week. She woke up and I sat close to her on the hospital bed we had rented for her living room so she could look out her wide French doors over her plant-filled balcony to the tall, tall trees in the courtyard of her building. She was tired, exhausted from trying to stay alive when it was hard to breathe, when she could no longer stand, when food would not stay down. She was ready for whatever would come next. “I’m proud of you,” she said. “Me, too,” I said. “Me too, you too.”

My mother knew this one by heart:

Sneezles, by A. A. Milne

Christopher Robin
Had wheezles
And sneezles,
They bundled him
Into
His bed.
They gave him what goes
With a cold in the nose,
And some more for a cold
In the head.
They wondered
If wheezles
Could turn
Into measles,
If sneezles
Would turn
Into mumps;
They examined his chest
For a rash,
And the rest
Of his body for swellings and lumps.
They sent for some doctors
In sneezles
And wheezles
To tell them what ought
To be done.
All sorts and conditions
Of famous physicians
Came hurrying round
At a run.
They all made a note
Of the state of his throat,
They asked if he suffered from thirst;
They asked if the sneezles
Came after the wheezles,
Or if the first sneezle
Came first.
They said, “If you teazle
A sneezle
Or wheezle,
A measle
May easily grow.
But humour or pleazle
The wheezle
Or sneezle,
The measle
Will certainly go.”
They expounded the reazles
For sneezles
And wheezles,
The manner of measles
When new.
They said “If he freezles
In draughts and in breezles,
Then PHTHEEZLES
May even ensue.”

Christopher Robin
Got up in the morning,
The sneezles had vanished away.
And the look in his eye
Seemed to say to the sky,
“Now, how to amuse them to-day?”

On Mother’s Day, I am thinking about how my mother, Sylvia McNair, lured me into reading and writing. She delighted in the printed page, bought me books, read me stories, gave me writing assignments of my own. She taught me to read by using a blackboard on our kitchen wall and drawing stop sign on it with the word inside. It was the first word (besides my name) I learned to recognize and to read.

A. A. Milne was a big part of this joy we shared. Particularly the books Now We Are Six and When We Were Very Young. And when my mother and the rest of us knew for certain that her life was nearing its end, she asked me to buy her copies of these books so she could read them again and again, in order to find solace and pleasure in the verses. Most things she had to face in those last months were uncomfortable, but here on the page with Christopher Robin she found comfort. She read these poems out loud to me, as she had decades earlier. The verse above was her favorite, I think. 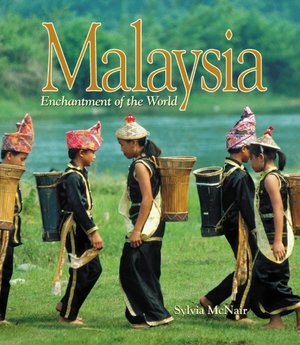 Snow-ly Cow! The Blizzaster! The storm to beat all storms! History in the making!

I’m sitting on the couch under a blanket with a cat at my side looking out at the whiteness that the Chicago sky is becoming. They say this will be a winter storm unlike any other. Harumph. Like many of my writing and reading friends, I was supposed to be on a flight to Washington, DC, tomorrow (Wednesday) to participate in the Association of Writers and Writing Programs (awpwriter.org) annual conference.

Alas. United has cancelled all flights out of O’Hare through Thursday morning. I will miss the first panel I was scheduled to be on—Trading Stories with the Enemy: Navigating the Cuban/American Literary Landscape. (Ever notice how all academic panels have to have a colon somewhere in the middle of the title?) I’m hoping my co-presenters Achy Obejas and Kristin Dykstra will make it on time though. Noon on Thursday. If you are there at AWP-DC, go give them support.

I hate snow. I mean, I really, really hate snow. And today I am reminded of why. I can remember the 67 blizzard here in Chicago (gives you an idea of how really old I am.) My brothers and I were home alone for a while because our folks could not get back from their jobs. Was it a night? Two nights? Were we afraid? I don’t remember that, but I do remember a snow drift that swept up the side of our house nearly to the second story window. I didn’t know quite enough to hate hate snow just yet, and I thought that—a house-high drift—was pretty cool. Thought maybe I could slide down it. Lucky for me my older, wiser brothers probably knew that wasn’t such a good idea.

The first car accident I was ever in was because of that storm. We (Dad driving, Mom shotgun, me in the backseat with at least one brother) got snow-stuck backing out of our driveway in the path of an on-coming car. No real damage, but scary for a little girl who saw the other car coming and coming, unable to stop on the slick road before it plowed into the rear panel of our sedan. But cars were made of stronger stuff back then, so the panel concaved and that was it. I don’t remember that we were even bumped around much.

This would be the sort of anecdote that my brother Roger would say I got all wrong. Two years older than me, he was always certain his memory was better than mine. Maybe it was. He died five months ago—too soon, too soon—and I miss him greatly. He was a cab driver, and this would be the sort of day when he would either make bundles of money, or would call me from one of his dozen or so cell phones to complain about no one being out, no fares to be had. He was a remarkable snow driver. No fear.

My mother (Sylvia McNair, 1924 – 2002) would have remembered MY FIRST ACCIDENT differently than I do, too, no doubt. “That’s not how it happened,” she’d say. Still, when it came to my stories, I had no greater supporter. She gave me writing assignments when I was a little girl, gave me a prompt on her way out the door when she left for work: write about a cat with blue ears, a boy who loved dandelions. “You have to write that,” she’d say whenever I told her something. She even chose my full name, Patricia Ann McNair, by imagining it on the cover of a book.

It’s there now, Mom, on the cover of my story collection, The Temple of Air by Patricia Ann McNair.

I have a box-load of postcards with the book cover on them, ready to hand out to every person I see at AWP. You, friendly blog reader, can have one, two if you want. If only I can get there.