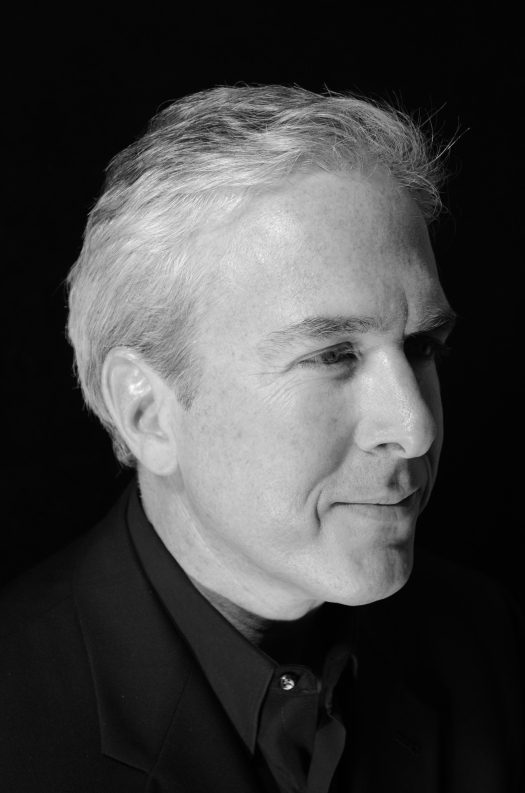 Chicago author DAN BURNS came at this writing thing by a different path than most, arriving at it after years of corporate work. But taking the long way around hasn’t kept Dan from getting where he wants to be. He’s just released his second book, a story collection called NO TURNING BACK, and most days (ok, maybe not today, but most) you can find him at his desk working on the next one. Impressive.

I did not write today, and it kills me to say so. I just released my new short story collection, and I am in the throes of a full-on, all-out publicity push. So, I set aside the day to promote my book, make some contacts, and set up some future publicity events. I certainly realize the importance of the publicity and promotion aspect of a writing career, but I’d much rather be in my office, writing. Only when I am getting the words down onto the page do I really feel a sense of accomplishment. It’s a good thing that I’ll be back at it tomorrow. I’m in the process of revising my next novel, A Fine Line, which is a crime mystery that’s set in Chicago, and my year-end deadline is fast approaching.

It’s hard for me to think back that far. However, I can remember the first “real” short story I wrote after I made the decision to pursue writing as a career. I wrote the first draft of the story, No Turning Back, in August of 2006. In coming up with the idea for the story, I tried to think about what might be one of the most difficult acts a person might be forced to do in life, and then, what would it be like if the person had to do it twice?

I was 43 years old at the time and I remember how excited I was after completing the draft. I read the story and revised it at least a dozen times and I really liked it. I also remember the criticism I received after sharing the story in a writing workshop. Instead of providing guidance on how to improve the story, the instructor suggested that I change the story, and quite drastically. I remember she said, “If it were me, I would change the plot altogether and . . .”

Well, needless to say, I didn’t feel very good after that discussion. I thought about the instructor’s comments and I re-read

the story many, many times. In the end, I decided that I liked the story just the way I wrote it. I can live with that decision. It may not be the best story I ever wrote, but it’s important to me in that it really defines the beginning of my writing career. I’m happy to say that the story is included in my new short story collection—which also carries the title, No Turning Back—that was just released on April 29, 2014.

I tend to have a number of different books going at the same time, and I’m juggling a bit right now. I’m reading The Tenth of December, the new short story collection from George Saunders. I’m also reading Brown Dog, the new collection of novellas by Jim Harrison. Lastly, I’m reading the new novel, Lost in the Ivy, by my friend and fellow Chicago Writers Association member, Randy Richardson. Each of the books is so very different, and I like switching back-and-forth between them based upon how I’m feeling on a given day. Diversity—it’s good for me.

I am a student of The School of Prolific Writers. I find that I am able to learn the most from those writers who have come before me and who have produced the most successfully published stories. You can take your pick of your favorites and there are a lot of them, but they will all suggest the same advice: get the words down onto the page.

We can talk about writing, plan for it, and study for it, but in the end, the only way to become a successful writer is to actually sit down and write.

I’m going to stick my neck out (did I really say that?) and say that my writing is most like a giraffe. I don’t think I necessarily do it intentionally, but sometimes when I am finished with a story, it seems that what I’ve written ends up being a bit outside of my comfort zone, that I’ve stretched out and reached beyond what I thought I might do as a writer. As a result, I might question myself on occasion. What will someone think of what I’ve written?

I write about ideas, topics, and things that interest me and that come to me based upon everything that I’ve crammed into my head over the years. I write what I feel I am supposed to write. In the end, it’s important for me to just go with it, to finish the story and share it. Every writer has likely encountered the situation where he or she has questioned the validity of his or her writing. I know I have done it, and I think it’s healthy. It’s good to evaluate yourself and your writing. However, you have to push your own boundaries. You can’t let what anyone says, or what you think someone may say, stop you. You have to keep sticking your neck out.

After a twenty-five year career in the corporate world, Dan Burns gave it all up to pursue his two, true passions: teaching and writing. He is a teacher at the DePaul University Kellstadt Graduate School of Business and a full-time writer of short stories, screenplays, and novels. He published his first book, the non-fiction career guide The First 60 Seconds: Win the Job Interview Before It Begins (Sourcebooks, May 2009) and embarked on an eighteen-month public speaking and book tour, talking with thousands of people about how to be more effective in their job search and career efforts. He recently published his first novel, a contemporary family drama titled Recalled To Life (Eckhartz Press, June 2013), and he just released his newest book, No Turning Back, through his new publishing company, Chicago Arts Press. No Turning Back is a collection of his short fiction that includes custom illustrations by Chicago artist Kelly Maryanski as well as his personal notes regarding the thoughts and ideas that inspired him to write the stories, adding a unique behind-the-scenes perspective of the writing process. He is currently putting the finishing touches on a new novel, A Fine Line, which is a crime mystery set in Chicago. For more information about Dan and his various projects, please visit his website at www.danburnsauthor.com.

→Thanks, Dan, for breaking away from the desk for a bit. Good luck with the new book, and the next one as well! And as always, thanks everyone, for reading. -PMc←