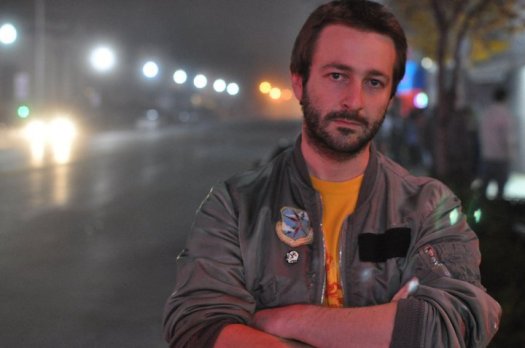 Curbside Splendor is at it again–publishing cutting edge work by butt-kicking emerging writers. Does Not Love is the debut novel of JAMES TADD ADCOX, and folks are paying attention to it. Roxanne Gay says “…Adcox is a writer who knows how to make the reader believe the impossible, in his capable hands, is always possible, and the ordinary, in his elegant words, is truly extraordinary.” And Electric Lit tells us “Does Not Love is funny, surreal, satiric, pensive, and strangely haunting.”

On his blog tour, James Tadd Adcox stopped by The Writer’s Handful, and I am glad he did.

I feel like I’m basically always working on something. I do a lot of writing in transit. I’m planning to spend some time on a train, later, working on an essay about Donald Barthelme.

A game, actually–I spent most of my childhood and early teenage years writing/designing games, mostly really complicated board games or card games, and then later on roleplaying games. I thought for a long time that I might want to design games as a career. (A friend of mine who used to be a collaborator in writing these games is doing that now, publishing them through indie games publishers on the West Coast).

The first game I remember writing was a book, something like a Choose Your Own Adventure but with some role-playing elements to it (you could collect items, buy things, your character advanced over time)–probably ripped off of this series of books that was around then, Lone Wolf, which did basically the same thing. I don’t especially remember the game’s plot, except that it had something to do with saving the world, and at some point a character who you were supposed to trust turned on you.

I’ve always preferred designing games or watching other people play them to playing games myself, though. I don’t know what that says about me, but I feel like it makes a kind of sense, as a disposition, for a writer.

I’m terrible at taking advice. Mostly I have to keep doing something wrong long enough to learn not to do it.

Though it isn’t really advice, and wasn’t directed at me, Bertolt Brecht at some point in his journals talks about needing to develop sufficient butt-strength to write a novel; he says, at the time, that he has not gotten good enough at sitting down long enough to write one, but he is working on it… Does Not Love is a short novel, which I’m okay with—I wanted it to be a short novel, and it ended up being right around the size that I’d planned for when I started—but I’d like to develop enough sitting-ability or butt-strength to write something longer.

There is a kind of spider that makes a decoy of itself out of leaves and dead insects, and can make the decoy move, just like a real spider. It looks realistic enough that at first it fooled the scientists that discovered it into thinking that the decoy was, in fact, the spider. Ideally I would like my writing to be something like that.

James Tadd Adcox is the author of a novel, Does Not Love, and a collection of stories, The Map of the System of Human Knowledge. He lives in Chicago.